Courtesy of the Arts Council, I've been able to come up to London and see what I can find in the many archives, museums and galleries here. I've been looking for anything that will inspire presentation and help me to get into the spirit and aesthetic of the period.

Here are some highlights:

The Museum of Childhood in Bethnal Green had magic lanterns, a popular entertainment when Isabella was a girl. There was no TV and films were only in embryonic form by the time she was a teenager. There were no laptops or computer games, and for a girl, no Facebook, only posting letters and wiring telegrams. No plastic, so toys and games would have been made of wood, card, paper or metal.

In Tate Britain there was a 1900 portrait of a young Edwardian lady by Sir William Orpen.

It helps me, because it is hard to work out what colours clothes and rooms would have been from black and white photos.

The contrast with his war painting of 1918 shows something of the change people would have had to cope with.

From 1914, Edward Reginald Frampton painted the anguish of a young French couple as the young man went off to war:

A visit to the Army Medical Services Museum in Keogh Barracks gave me a lot of information about the way the army has cared for the wounded over the centuries. I hadn't realised such care had a very long history.

The Hunterian Museum had some powerful images of war wounds, as well as Joseph Lister's dissecting kit, which was almost identical to Isabella's. The Foundling Museum told poignant stories of children whom their mothers had had to abandon.

In the Wellcome Collection there was a magnificently gruesome installation about the potential use of insects as food.

Satoshi Murita's embroidery on a blanket took my eye and reminded me of the sheer physicality of the sickness Isabella would have had to face. Blankets, sheets, bandages, smells, disinfectants, pus......

In their Medicine Now exhibition, a range of artists had created installations that explored different aspects of modern medicine.

The difference between these artistically directed pieces and the historical and precisely accurate displays in the previous museums I'd visited was palpable. Each have their place, and that is one of the choices I will need to make in relating Isabella's story.

One artist had had a necklace created from the sequencing of his DNA. That linked in well with two of the concepts at the back of my mind in doing this project - legacy, and beads.

What consequences did Isabella's actions have for future generations? The knowledge that geneticists call a particular electron-microscopic view of DNA 'beads on a string' still haunts me. In the broader sense, what legacy did the deeds of feisty women of Isabella's generation leave for us, how did they change our conceptual DNA and inculcate the thinking of our culture? Was it all beneficial?

Posted by Anonymous at 08:44 No comments:

Isabella came from Edinburgh, so I wanted to find Scots who'd be interested in the tale, and I needed to collect photos of the places where she had been. The Arts Council Grant enabled me visit the city.

Fiona Herbert  is a Scottish Storyteller, experienced in telling stories of all sorts - traditional tales, historic stories and even fictions fresh off the keyboards of her creative writing classes. When she heard Isabella's story, she agreed to help me. I'm going to need Scottish voices.

Isabella loved gardens, so she is likely to have seen this beech hedge in the Royal Botanic gardens, which is over a century old, but how big would it have been then? The archive of the RBG has boxes and boxes of old photos and gave some unexpected insights into what she would have seen.

I said in my last post that stitching is part of my plan of how to tell Isabella's story, and I met up with Mairi Brown,who runs sewing classes as well as making the most amazing corsets and more.

Someone who can shape a garment and decorate it so skilfully as well as running stitching classes in Edinburgh would be a great help Thankfully, Mairi agreed to be that person.

Next, I met Catriona Reynolds and recorded the story of her Great-Aunt, Norah Neilson Gray, who painted this picture of the wounded at Royaumont, a hospital run by the Scottish Women's Hospital Movement.

They proved to have massive expertise in the world of books, literature, literacy and poetry as well as their concern with the potential digital future of stories and sparked a power house of ideas.

Sally Booth used painting and poems to tell the stories of Shetland islanders to the Scottish Parliament building. A completely different mode of storytelling, and a real treat to see inside the building. 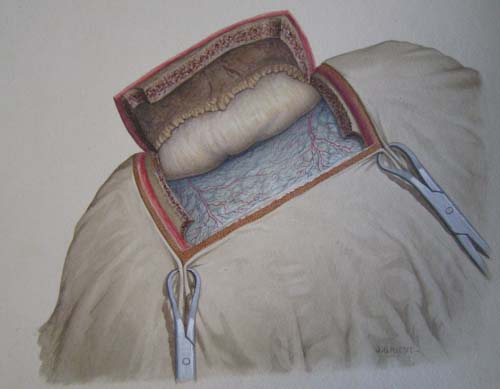 Posted by Anonymous at 06:46 No comments:

I have spent over 2 years uncovering the story of Isabella, a young Edinburgh woman who served as a doctor during the First World War. I have made many failed attempts to write it down in book format, but at last these few weeks of Arts Council of Wales sponsorship have inspired a way forward, and, despite my indecisive and prevaricating nature, I’ve come up with a way of telling Isabella’s story that I think will work, and I hope will be fun for people to explore.


I set myself some parameters:

It had to connect with ordinary people, not just gallery going artists, people like the ladies from the over 50s exercise class who grumbled when my show at The Gate in 2005 came down.

It had to be portable, so it could visit a space for a short time - a school, library, community group, gallery, museum.

It had to involve the voices of real twenty-first century people.

It had to involve stitching. Isabella was brought up to sew a fine seam and ended up stitching men.

It had to allow other people to take part, making it a celebration of womanly achievement, not merely the story of one woman.

It had to convey the sense of excitement that I’ve experienced while doing the research to uncover the story.

As a story, it had to create the opportunity for people to talk, tell their own stories and respond.

So my version of Isabella’s story will be multi-media, including textiles, artist’s books, audio, photography and what might loosely be called film.

To give away any more would spoil the ending, but I’m looking for:

Posted by Anonymous at 07:18 No comments:

So many stories, so many ways Did tales begin by the fire, connecting with poetry, rhythm and song? Did people act them out, impersonate the characters with their voices and their beings? Did the listeners quietly listen, or did they heckle, sing along, divert the tale? Did it matter what the story was, and who was telling it? 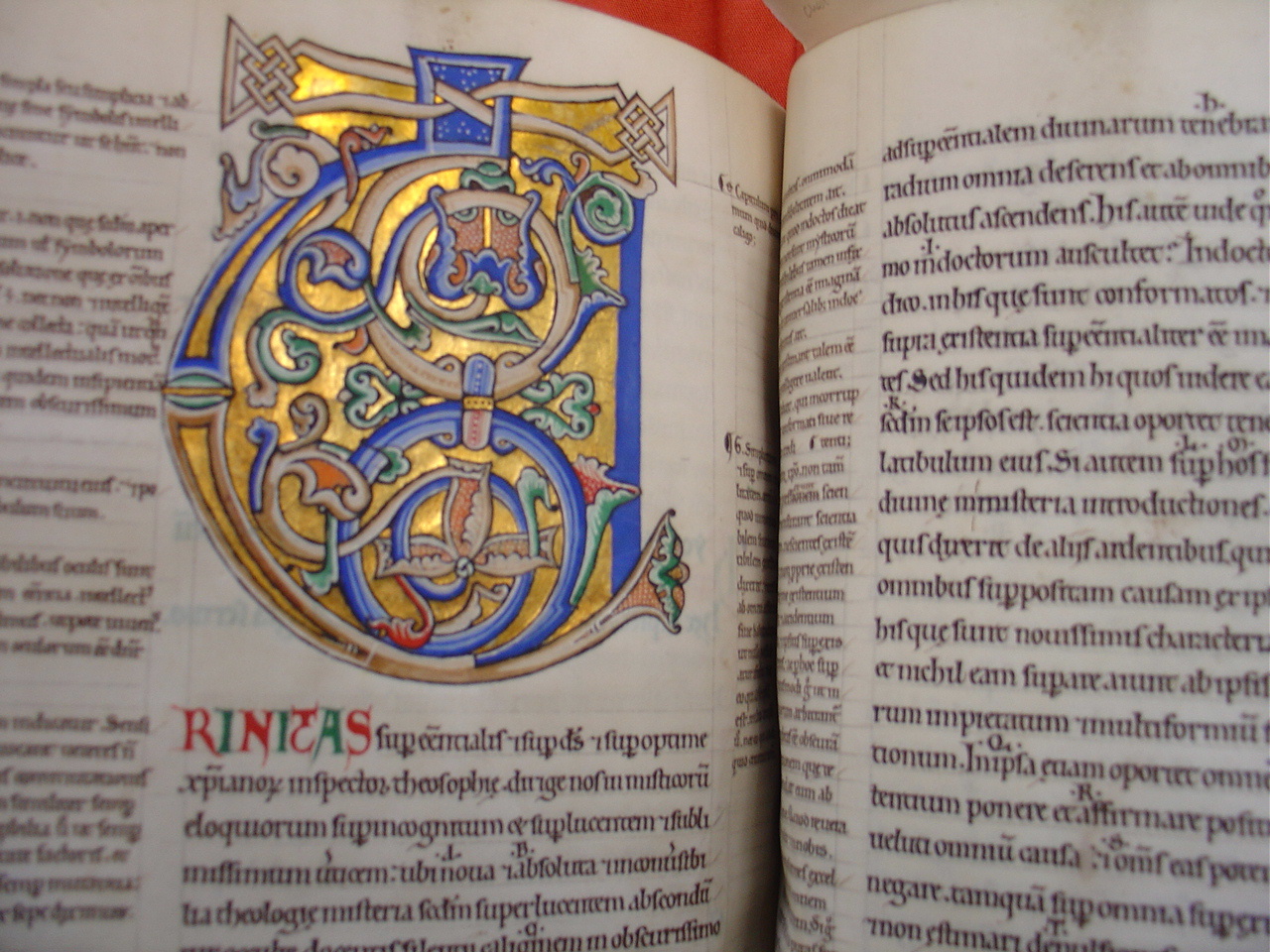 With painting, and writing, stories could be told without a storyteller; they could be digested on their own. Stories no longer had to be a communal event.

When print came along, stories could travel far and wide. They grew lives of their own, and as literacy grew, more people could interpret the squiggles on the page and recount the tales to themselves and others. And people in different places encountered the same tales and found common ground.

But since there are so many ways of telling stories, I've been taking advantage of this research grant to meet people who choose different media to tell their stories. Why should one medium work better than another? Are some stories better suited to one medium rather than another? What are the limitations and advantages of different storytelling modes: Live theatre vs film? Book vs film vs oral storytelling? And where do new, digital modes of storytelling fit in, and are there limits to what they can achieve?

But maybe all that comes later - why tell a story in the first place? What do story recipients gain from a story? Different environments produce different responsiveness, effects, results. How does that feed into the decision to tell a story one way or another?

Has the advent of the internet and social media changed the way stories are received? Is the traditional model of a linear narrative less relevant in an age when people have been accustomed to continual commentary through Twitter and other social networking sites? Are there ways of telling stories which allow the story recipient more control, more interaction? How many people want that sort of experience, or will it always be nice and relaxing to sit down with a good book/film and receive a good story?

All stories are not designed for all audiences - who would be interested in Isabella, and how do these changes affect the way her story deserves to be told?

Posted by Anonymous at 18:20 No comments:

Styles of the times

I'm looking into the style of images in the Edwardian period and the War - what ticked people's boxes, what were their skills? What resources did they have to hand?

Embroidered postcards during the war mainly featured flowers, flags and medals with the odd animal thrown in for luck. 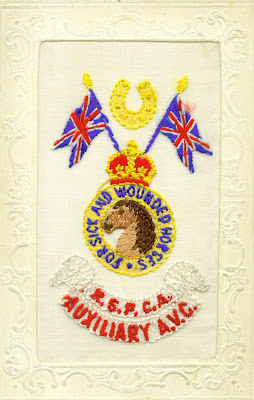 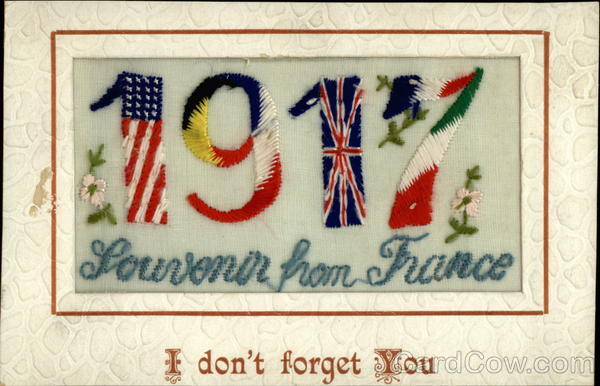 Soldiers would not have been able to make these, even with time on their hands waiting in trenches or hospitals.

But there's an album online of images scanned from a book kept by one of the women who graduated with Isabella, Celia McNeill. http://s143.photobucket.com/user/quartz-quill/library/WW1?page=1
It's full of drawings, paintings and poems done by the wounded men she was treating.

The standard of the painting varies:

as does the literacy level of the men:

But it amazes me that they possessed any of the skills to draw or paint. It challenges my stereotype of men in the war as much as Isabella does with her doctoring.

Posted by Anonymous at 09:04 No comments: